The Roots of the Profession of Public Relations

0 Views
What do you think about this article? Rate it using the stars above and let us know what you think in the comments below.
Summary: Traces the history of public relations through prominent historical figures like Julius Ceasar and Cicero to get a better understanding of its roots. 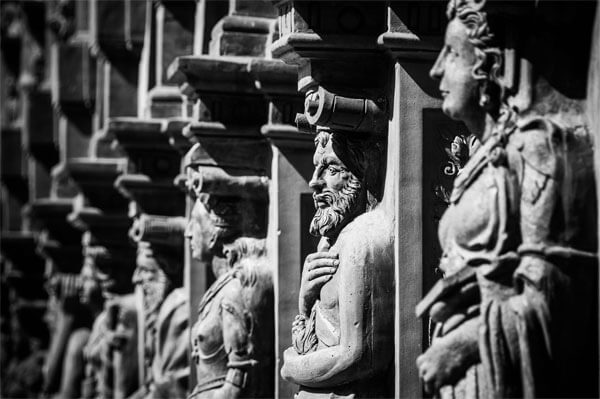 Some form of public relations existed prior to the flourishing of the Roman and Greek civilizations. Priests in ancient Egypt excelled in influencing public opinion, persuading the general public to act, for the most part, as the priests desired. The priests used their power to various ends: to enhance (or to ruin) the current ruler's reputation, to guarantee that the art and literature of the day depicted the world according to their vision, and to ensure their own continued favor in the eyes of the people.

Elsewhere, in earlier times, public opinion focused entirely on the rulers, who used basic public relations tools to mold followers. The invention of writing significantly altered the molding of public opinion. For example, the literary legacy of ancient Assyria, Babylon, and Persia, preserved by means of elaborate scrolls and drawings, invariably portrays extremely brave and accomplished rulers. Of course, such impressions were most often molded directly by the monarchs themselves. The rulers thus ensured that public opinion would reflect what they wanted it to — not just during their lifetimes, but for all of history.

During the major period of growth in Greek civilization, priests played a less significant role in molding public opinion than they had earlier. Public opinion became more influenced by nonreligious or secular forces. There was a distinct separation of church and state. Therefore, government leaders, in contrast to church heads, independently assumed a role that they had previously shared, for the most part, with the religious hierarchy. These government leaders became very interested in public opinion, and not unlike heads of state in subsequent civilizations, they used public relations skills to influence what citizens thought. That was especially true in molding a favorable image of the leaders' accomplishments.

Relatively speaking, the Greek citizens in this era were encouraged to form and express their own opinions. Even though the leaders did attempt to present the most favorable image of themselves, they were not absolute dictators who insisted upon a nation of citizens who offered only constant praise concerning the governing bodies.

At the same time, leaders did encourage the people to maintain a unified state spirit. This was based upon certain ideals that were considered necessary to run a productive and successful state. Leaders began to "take the pulse of the population" by conducting interviews; in effect, these represented examples of the earliest public opinion surveys. As the Greek city-states grew, so did the importance of public opinion - and the leaders used public relations methods for communicating with the general population. The Roman Empire also emphasized public opinion, and its leaders made liberal use of public relations. Some of the great works of history were reflections of public opinion during the period. The history recorded by Julius Caesar and the great oratory of Cicero illustrate with primary examples how public opinion was formed. Written records and oratory were often used to direct the citizens toward a particular way of thinking. These were early methods of public relations that have endured throughout the centuries.
If this article has helped you in some way, will you say thanks by sharing it through a share, like, a link, or an email to someone you think would appreciate the reference.